Ball valve (ball valve in the field of marine and ships should be a cut-off valve), the standard GB/T21465-2008 "Valve term" is defined as: the opening and closing parts (ball) driven by the valve stem, and around the axis of the ball valve for rotary motion valve . It can also be used for fluid regulation and control, in which the hard-sealed V-type ball valve has a strong shear force between the V-shaped ball core and the metal seat of the hardfacing alloy, and is particularly suitable for containing fiber and tiny solid particles. And other media. The multi-pass ball valve not only can flexibly control the confluence, diversion, and flow direction of the medium on the pipeline, but also can close any one of the channels and connect the other two channels. This type of valve should generally be installed horizontally in the pipeline. Ball valve classification: pneumatic ball valve, electric ball valve, manual ball valve.

The rapid development of science and technology in the ball valve, continuous improvement of the production process and product structure, has rapidly developed into a major valve in just 40 years. In countries with developed industrial industries in the West, the use of ball valves is increasing year by year.

In China, ball valves are widely used in petroleum refining, long-distance pipelines, chemical industry, papermaking, pharmaceuticals, water conservancy, electricity, municipal, steel and other industries, occupying a decisive position in the national economy. It has an action of rotating 90 degrees, the plug body is a sphere, has a circular through hole or passage through its axis.

The ball valve is mainly used in the pipeline to cut off, distribute and change the direction of flow of the medium. It only needs to rotate with 90 degrees of operation and a small rotating torque can close the tight. Ball valve is the most suitable switch, shut-off valve use, V-ball valve. In addition to paying attention to the piping parameters, the electric valve should pay special attention to the environmental conditions of its use. Since the electric device in the electric valve is an electromechanical device, its use status is greatly influenced by its use environment. Under normal conditions, special attention should be paid to the use of electric ball valves and butterfly valves in the following environments.

One; wear-resistant; due to the hard seal ball valve spool is alloy steel spray welding, 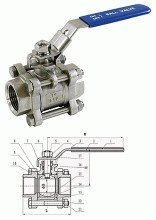 Three-piece ball valve seals are alloy steel surfacing, so hard-sealing ball valves do not generate much wear during switching. (its hardness coefficient is 65-70):

Pneumatic ball valve is compact in structure, reliable in sealing, simple in structure, convenient in maintenance, sealing surface and spherical surface often in closed state, not easy to be eroded by medium, easy to operate and maintain, and suitable for general working media such as water, solvent, acid and natural gas, etc. The medium in the cut-off or connected pipeline can also be used for the regulation and control of the fluid.

Compared with other types of valves, pneumatic ball valves have angular stroke output torque, which is quick, stable and reliable to open, and is applicable to a wide range of applications, including the following advantages.

1. The thrust bearing reduces the friction torque of the valve stem, which can make the valve stem operate steadily and flexibly for a long time.

2. Anti-static function: Set a spring between the ball, valve stem and valve body to export the static electricity generated during the switching process.

3, due to PTFE and other materials have good self-lubricating properties, and the ball friction loss is small, so the pneumatic ball valve has a long service life.

5, the stem seal is reliable: As the stem only to imitate the rotation without lifting movement, the packing seal of the stem is not easy to damage, and the sealing capacity increases with the pressure of the medium increases.

6. The valve seat has good sealing performance: The sealing ring made of elastic material such as PTFE is used, the structure is easy to be sealed, and the valve sealing ability of the pneumatic ball valve increases with the increase of the medium pressure.

1. The fluid resistance is small, and the full diameter ball valve basically has no flow resistance. 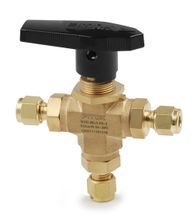 5. The maintenance is convenient, the ball valve structure is simple, the seal ring is generally active, and removal and replacement are more convenient.

7. Wide range of applications, ranging from small to several millimeters in diameter, up to a few meters in height, from high vacuum to high pressure.

8. Since the ball valve has wiping during opening and closing, it can be used in media with suspended solid particles.

High processing accuracy, expensive construction, and high temperature should not be used, such as impurities in the pipe, easily blocked by impurities, resulting in the valve can not be opened.