The ZF Ecosplit4 gearbox, which is the standard gearbox from Zundeke, is known as the world's best commercial manual transmission for commercial vehicles, bringing considerable sales to the highest-end trucks in the country. However, in the end how this gearbox should operate, I believe we are very curious. 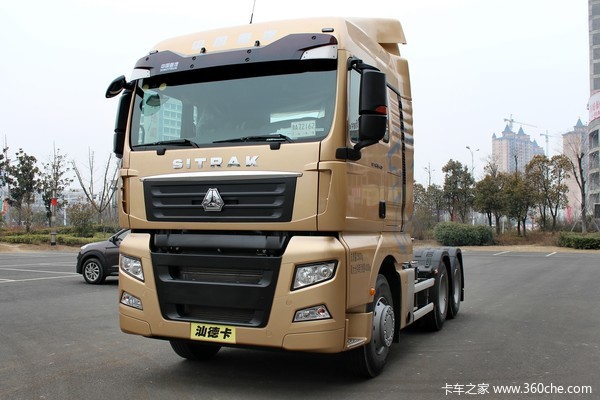 First, let's give you a brief explanation of ZF's 16-speed gearbox. This is a 2X4X2 three-stage gearbox, a four-speed main box, a high and low gear box and a half-block box. The specific internal structure is as follows: 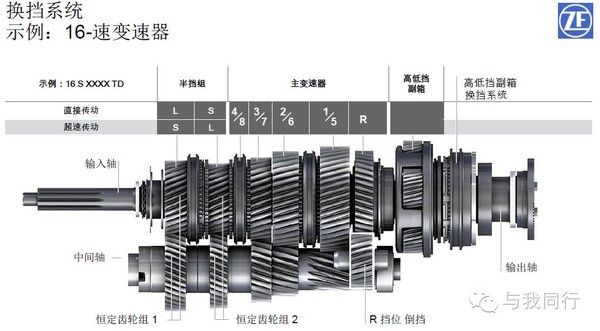 Next, let's look at the gear setting of this gearbox. The following figure shows the gearshift handle of Jude Card. From the handle, this is a large 8-speed gearbox, but each gear is divided into a high half and a low half, and the total gear becomes 16 (and 2 reverse gears).

Now start from the start of the vehicle and explain step by step how to shift gears.

Before starting the engine, the parking brake is tightened and the transmission is in the neutral position of the low range. Start the engine, half-switch down to the low half block, deep-clutch, hung 1, loose hand brake, slow loose clutch, vehicle start, then the transmission is a low half gear (1 block). Turn the half-stop switch up to the high-half gear, light-throw the throttle, and after the speed is lifted up, step on the slow-release clutch, and the transmission shifts to a high gear half (2nd gear). Turn the half-brake switch down to the low-half gear, light-throw the throttle, and then step on the clutch after the speed is lifted up, push the handle into 2 and loosen the clutch, then shift the gear to 2 low gears (3 gears) ). And so on, can always switch to 8 high half gear (16 speed).

Talk about the downshift, the current gear is 8 high gears (16 gears), turn the half-switch down to the low gear half, use the retarder to reduce the speed slightly, deep-step on the slow loose clutch, the transmission is switched to 8 low half gear (15th gear). Turn the half-stop switch up to the high-half gear, use the retarder to lower the speed slightly, step on the clutch deeply, pull the handle to 7, loosen the clutch, and the transmission is switched to the 7th high gear (14th gear). And so on, can be switched to a low half gear (1 block).

Seen above, I believe we understand the basic operation method of this gearbox, but this is far from enough. The following operating precautions deserve more attention.

Ecosplit4 is a full synchronizer transmission and requires only a single clutch regardless of the lift.

2, the clutch must be completely separated

Everyone should pay attention to it. I have repeatedly mentioned "deep stepping on the clutch" above. The purpose is to say that the clutch must be completely separated, otherwise it will damage the gearbox synchronizer.

3, try to drive at economic speed

The Judeka engine has its economical speed, which is the green area on the tachometer. Every shift, as far as possible, regardless of the speed up and down, are within the green area, so as to achieve the purpose of fuel economy. 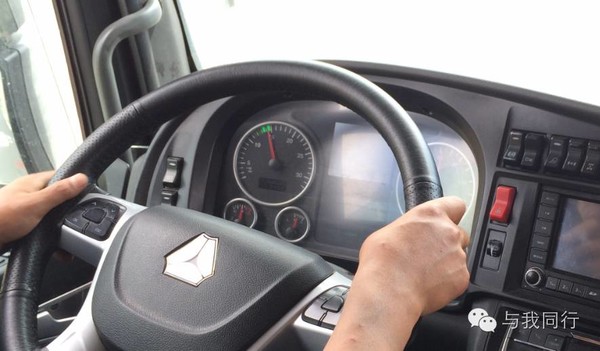 4, step on the clutch will switch between high and low half

Half-shift switching is controlled by pneumatics. Stepping on the clutch pedal triggers the control valve. Therefore, when you want to switch between high and low half speeds, the first step is to move the high and low half block switches to complete the gear preselection, but at this time, the gear box is not shifted. The second step is to step on the clutch. At this time, the half-shift control valve is triggered, the gearbox achieves half-speed switching, and after the slow release, the vehicle is already in the predetermined gear.

5, keep driving as high as possible

The ZF Ecosplit4 gearbox is ideally suited for high-speed transport on standard loads, ie high gears are often used for gearboxes, to ensure the service life of the gearbox, and to protect the vehicle's fuel economy.

The derailleur is provided with lock springs in the neutral positions of the low block and high block. After the block is pushed out, the shift lever will automatically spring back to the corresponding neutral position. When the high and low gears are switched, it is necessary to overcome the shift force to enter the corresponding gear. Hanging into the reverse gear needs to overcome greater thrust. Different spring locking forces make each gear very clear.

The transmission can be shifted from gear to gear, but no matter the lift gear, it cannot cross more than two full gears (for example, 4 low half gears directly to 6 low half gears), otherwise the synchronizer wear will be accelerated.

Advice from Germany's senior experts: full load 1 block start, optional 2 block start without load, and do not start 3 block, that will damage the clutch and gearbox synchronizer!